Our Connections in Empathy 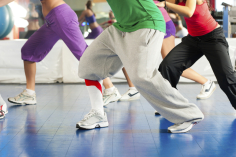 Why do people like to watch sports?  What about dance, why is that such a visual treat?  We also like to see smiling faces.  And, why do we watch in such anticipation, when we offer someone a taste of some exotic new delicacy or some special family recipe?  And, why is an an animated facial expression so  intriguing? 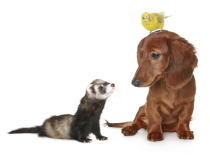 Yet, these things aren't limited to the interest we take in human activity. We show the same kind of interest in animals: the expressions on their faces, the way they play, the way they dance when they're happy.  We also notice that they take an interest in each other.  It's such a curious thing. 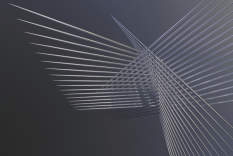 The interest we have about movement and expression is also something that we put into inanimate objects: the spreading branches of a tree like outreaching arms, a leaning post, eyes in a bowling ball.  What's more is we put this in our paintings and sculptures.  Abstract art is often described in terms of a sense of movement.  What's happening inside our head the spends so much time on engaging with human expressiveness and movement?

Psychology has come to recognize that there is an enormous advantage to being able to discern some sense of what it going on in other people's minds.  Yes, we can just ask people: "what's going on in that head of yours?"  But, they don't always give complete answers or even the truth.  The ability to have a sense of what others are thinking is very, very important, and the term used in Psychology is Theory of Mind, a cognitive ability that occurs in all primates—especially humans.

One interesting aspect of this when mothers play peek-a-boo with their children.  Notice that this is only fun for a child in a particular period of thier development, and the thing that makes it interesting for the child is that they haven't yet developed an essential aspect of congnitive ability.  The term for this is object permanence.  What's happening is that when the mother covers her face she has dissapeared in the mind of the child, and the child is very curious as to what has happened.  When the child reaches the age when she understands that the mother is just hiding behind her hands, it's no longer interesting.  That's when the child then has the ability to know that objects don't just disappear, the are simply out of sight.

This phenomena also happens for objects, hence the name object permanence.  But, it's very interesting that the game peek-a-boo is pretty much always played as a hiding of the face and not some other part of the body.  Babies, as well as people, primarily focus on the face when it comes to recognizing people and being able to have a sense of what's going on in their mind.

It should probably not be too much of a surprise that there are areas of the brain that are strongly engaged when we perform certain manual tasks.  This includes running, jumping, shooting a basket ball.  But, a very peculiar thing was discovered in which it was found that when we watch other people perform such actions, the areas of our brains that would be engaged if we were performing the task, the one that we are watching, is engaged.  That is, areas of our brain for moving are following along.  And, not only are those areas engaged, but the neurological signals we generate while watching, in fact, mirrors the pattern of signals that we would use.  So, without us actually moving, our neural activity is mimicing what we would do if we were moving, in the way it would if we were doing what we were watching.  And, this is true whenever we are watching the activity of someone else.

In fact, this was first observed in a monkey watching a human.  The human was handling food that was to be used in an experiment, and the signals in the monkey's brain were the same signals that had previously been detected when the monkey was previously performing tasks involving the food.  So, this happens across species.

There are also areas of our brains that deal with physical sensation, and the mirroring patterns have been observed there as well.  But, how do we recognize senasations in others?  The only way I can imagine is if movement is also interpreted as sensation.  So, when we see a person slump, is there also a sensation of slumping?

Ultimately, the key point here is that the mirroring patterns in our brains are engaged in mirroring others whenever we observe them in their activities.  And, that is pretty much whenever we see people, and that's a big part of our lives.  I have a suspicion that this also happens in our sleep when we are dreaming and seeing what the people in our dreams are doing—though I'm just speculating.

Empathy, our ability to experience the emotions of others, is also tied to the mirroring behavior.  This means that when we are able to interpret a feeling in someone else, electical patterns in some of our neurons are mimicing that feeling.  Much of what happens in the brain is outside of concious recognition, which means that our brains are busy working even when we aren't paying attention.  And, there is always the possibility that a thing we try to keep out of our conscioiusness is remembered at some level.

These ideas about our ability to understand others, what they intend, how they perceive us, are all deeply ingrained in our social systems.  Outside of what we say to each other, there is a massive amount of information passing between us.  And, this is happening in all aspects of our lives and in all of the activities in which we engage, include restful activities.

These ideas about our ability to understand others, what they intend, how they percieve us, are all deeply ingrained in our social systems.  Outside of what we say to each other, there is a massive amount of information passing between us.  And, this is happening in all aspects of our lives and in all of the activities in which we engage, include restful activities.  And, to some degree all this gets recorded in our minds and influences our conscious moods and thoughts.

In the last article, I described how a "good morning" could convey enough enthusiasm that the momemtary connection of that one greeting could set the mood for the day.  But, for everyone we interact with, our very movements are also communicating with them.  Our mood has an effect on them.  Our tone of voice is also contributing to that mood.   And, we know our choice of words will matter.  These are automatic processes in the neurons of our brains.  A mood cannot be recognized unless there are nuerons that mimic the mood, and a mood cannot be interpreted unless it is to some extent felt.  We do in fact share our feelings.  And, it cannot be this way without some degree of Empathy.

Ultimately, I want people to understand that not only are they not alone in this World, but just being seen is to have an effect on the World.  And, if life is not so wonderful, there are people who will feel it and care.  The only way to disconnect from this automatic connection is to become as robotically empty as a zombie and limit all movement to that of a corpse.  But, unless you hide yourself away, it still gets noticed.

So, the message I want to put out there is that the connection is automatic, and those who care are going to respect your boundaries, but they won't stop caring.  Allow a little more connection than you did before, by simply engaging more, and you will have the benefit of that improved connection—automatically.

For those who have positive things to share, always remember that the way you move is part of what you express, and the liveliness of your expression is what is send out across these connections.  Be vibrant from your genuine emotional self, and the World will be lifted.  This is one aspect of how we can all contribute to things moving in a positive direction—instead of disconnectedness and division.